As we’ve noted elsewhere on this site, there’s no prohibition against anyone going out, buying some Masonic regalia, and starting their own organization. Why grown-up adults would want to get ‘uniforms’ and pretend that they’re a part of something they’re not really seems awfully strange but it happens pretty regularly with people (mostly men) buying police badges, sports team championship rings, or military medals. Whatever fantasy they create in their minds to convince them that they’re ‘entitled’ to such recognition must surely speak to some very deep-rooted problems.

It happens with Freemasonry too. Guys go out and buy an apron, a collar, and some white gloves and try to pretend that they’re Masons. Is there anything wrong with that? We believe that there is!

Here we examine claims made by the  now also transiting its name to «Masonic High Council» because, apparently, this website has been SUCH a bane on their existence that they’re trying another tactic. We’ll also tell you about its creator, Rui Gabirro, who apparently managed to attract a small handful of others to affiliate with his organization using various forms of persuasions to recruit the disgruntled who want to play ‘dress up’ too. Their website boasts:

«The leading Grand Lodge of the World.»

«The Regular Grand Lodge of England
is the governing body of Freemasonry in England and Wales.»

Impressed? Don’t be! Self-created (against standard Masonic conventions) in January, 2005, they now make claims of a huge and now international membership, yet there are only a very limited number of ‘identified’ members and the dates, times and specific locations of their supposed lodge meetings are – as with all of the groups we identify in this section – conspicuously absent from their website. While the website (Rui-written) brags about huge international conferences, we never see more than a picture of a couple of men (always including Rui) dressed ‘to the nines’ in gold-bullion regalia. Other pictures of men dressed in Masonic regalia are from schismatic groups which have long been labeled as ‘Fake Masonry‘.

Is the RGLE/Masonic High Council «Fake Masonry»? Not, apparently, in the minds of its handful of members – although they surely must realize that the group they’re a part of has no commonality with regular/recognized Freemasonry. The facts are, though, that despite their brazen claims they are neither a ‘leading’ nor ‘governing’ body for anything other than their own little group which probably numbers well under a hundred souls. The self-styled Regular Grand Lodge of England has no connection with regular and recognized Freemasonry anywhere in the world and you can read on their website the disdain they have for the United Grand Lodge of England of which Rui was once a member.

When we first learned of this group, one name that appeared conspicuously was that of Rui Gabirro, which – perhaps conveniently – is a name from the presumed history of Martinism. That name was also found associated with the so-called «Sovereign Sanctuary», a supposedly a modern incarnation of the pseudo-Masonic Ancient & Primitive Rite of Memphis. Rui has also used more than one pseudonym including that of Robert H. Lamar who was also listed as the Secretary-General for the self-styled «RGLE». You can seethis discussion group posting for the claim. (Scroll down to the post from ikhnaten near the end – and there’s also a comment about threatening e-mails which we address on the ‘Masonic Menace’ page linked above.) The Lamar identity is ostensibly a pen name as stated in this posting. Sovereign Sanctuary’s web presence seemed to have disappeared for a time without explanation but in January, 2007 it was back up and running again and with a claim that it’s now in the United States as well.

In addition to the hateful messages we’ve received from Rui, there have also been postings to the alt.freemasonry newsgroup, including stalking-type messages, using an address associated with his supposed ‘Antient & Primitive Rite’ (of Memphis). These messages had addresses from Rui <gabirro@ gmail.com> and  «I am whatching You» <ssanctuary@ gmail.com> (The next time a Brit wants to quibble about our Americanized spelling on this site, we’ll have them go ‘whatch’ Rui!) and do not appear to have been forged in any way. We note that other web locations show ‘Rui’ as BOTH the Secretary-General AND the Grand Treasurer! Yet another ‘no surprise’ is that ssanctuary@gmail.com is an address formerly and presently associated with the so-called «Ancient & Primitive Rite» (of Memphis). Here is a cached page from a webpage at cabinda.net which shows the address in use.

Freemasonry eschews discussion of political matters. While individual Freemasons are welcome to espouse whatever political beliefs they wish (provided, of course, that they obey the laws of their state and nation), involvement of Freemasonry into political matters is completely forbidden. It was, therefore, concerning when we discovered Mr. Gabirro’s fascinating history with the political enclave of Cabinda.

CABINDA? Mr. Gabirro owns the website at cabinda.net which is the internet presence of an entity which was (is?) according to the internet, a short-lived secessionist regime in the Cabinda enclave of Angola. In addition that website (registered by Mr. Gabirro) also hosted the websites for the Gran Logia de la Republica Dominica, the Gran Logia de los Antiguos Libres y Aceptados Masones del Ecuador and – you guessed it! – the so-called Regular Grand Lodge of England. You can see that here. The Internic registration was in the name of Rui Gabirro but he has since changed that to «none». Nevertheless, he’s still the admin contact and both the web design and writing style is uniquely his – and using his ‘gabirro@ gmail.com address. For a couple of months after this page went live, you could have gone to cabinda.net and gotten a ‘Page Not Found’ error but as of late 2006 they’re back in business.

Up until the day after this page went live, if you were you to click on the word «Wanted» hyperlink near the bottom of the left-hand margin and you’d be transported to a page at http://www.rgle.org.uk/Cabinda/WANTED.htm . BUT WAIT!!!! Does that say RGLEin that address? Oh, wow!!! So the so-called ‘Regular Grand Lodge of England’ (and maybe Wales) and their ‘Masonic High Council’ is helping out by handling wanted posters (with REWARDS!) for ostensible criminals from an faction that’s fighting the government of an African country? In fact, you may want to head to this page about Cabinda and run your mouse over the many links. Guess what: they’re pretty much ALL located on the RGLE website. Truly amazing – particularly in light of regular/recognized Freemasonry’s long-standing detachment from political matters AND the multiple claims by Rui’s RGLE that the United Grand Lodge of England (begun in 1717) is violating Freemasonry’s principles!

Rui Gabirro, in addition to being Robert Lamar, is also – according to THIS page – actually Duke Alexander of Cabinda so perhaps we can understand why ‘his’ RGLE is supporting ‘his’ dukedom. Interestingly enough, he’s ALSO Mangovo Ngoyo, the Governor of the Cabinda National Bank which will be happy to sell you all sorts of financial instruments including savings bonds,stamps and even crude oil (provided, of course, you pay him the $6,000 USD in advance!) All you need do is call Mr. Gabirro’s phone number in England or send your e-mail to one of his dozens and dozens of gmail addresses and you too have 600,000 barrels of crude or a bunch of worthless coins. Planning on travel and need a passport? Rui’s G-mail will get you one of those too – for a ‘reasonable’ price, we presume.

Why are Mr. Gabirro’s political and quasi-business interests a concern? Unfortunately, his control over the many internet-created arms of these pseudo-Masonic groups deceive the general public making them believe that Freemasonry itself is involved in political and business matters.

WHAT? That «Supreme Masonic Council» is actually Rui’s Grande Loge des Maçons Réguliers Francs et Acceptés  whose website is a subdirectory of the «Regular Grand Lodge of England» at http://www.rgle.org.uk/MHC_France.htm 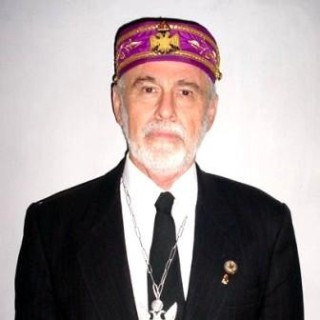 The Musings of a Jewish Stay-At-Home Father

Documenting the Wacky Antics of the Ridiculous Fruits of my Loins